The crystalline silicon solar cell is actually a large planar diode. For n-type cells, the base of the cell is n-Si, and the front surface of the base is heavily doped by diffusion to form a p+ emitter, and the p+ emitter is connected to the n-Si substrate. The contact forms a p+-n junction, the back surface of the substrate is heavily doped by diffusion or ion implantation to form an n+ back field, and the n+ back field contacts the n-Si substrate to form an n+-n high-low junction. There is a built-in electric field inside the p+-n junction and the n+-n high and low junction, which can separate the electron-hole pairs generated by illumination. The separated electrons are output through the back electrode above the back field, and holes are output through the front electrode above the emitter. to the external circuit to drive the load to run.

Figure 3(a) shows the IV characteristic curves of the front and back sides of the bifacial cell. It can be seen that under STC conditions, the front power of the n-PERT bifacial cell can reach 5.2W and the back power can reach 4.7W. The rate is 90%. The efficiency gain of n-PERT double-sided cells relative to single-sided cells is difficult to measure by a single cell. Generally, multiple solar cells are connected in series or parallel to the electrodes, and EVA, glass, backplane and other materials are used for packaging. , becomes the component to measure the efficiency gain. The front of the double-sided battery module is encapsulated with glass + EVA, and the back can be encapsulated with EVA + glass or EVA + transparent backplane, so as to ensure that sunlight can penetrate the encapsulation material to the back of the battery, as shown in Figure 3(b) .

Figure 4(a) The theoretically calculated maximum power and maximum current of the double-glass module under different back-reflection conditions, (b) the power output gain of the actual double-glass module relative to the cement floor of the polycrystalline module under different reflection conditions ( All components are south facing, 30 degree inclined installation)

In actual operation of the double-glass module, compared with the polycrystalline module installed on the cement floor, the efficiency gains on different floors are shown in Fig. 4(b). From 4(b), it can be seen that no matter on cloudy or sunny days, the power generation gain of double-glass modules is the largest on the ground painted with white paint, followed by aluminum foil, and the lowest on lawn, and both are higher than single-sided polycrystalline modules. Therefore, it is proved from both theoretical and practical application that the back of the bifacial cell can generate electricity, which has the effect of improving the output power of the module.

The double-glass modules manufactured by Jolywood bifacial cells can generate electricity by utilizing backscattered/reflected light and have the advantages of greater power output, as well as the following advantages:

1) The working temperature is lower than that of conventional components; the back of the battery is made of high-transmittance SiNx material, and the light of the infrared part can penetrate the battery and is not absorbed by the battery, while the back of the conventional battery is an all-metal electrode, which will absorb infrared light. It is shown that the temperature of the double-glass module power generation system under normal operation is 5~9°C lower than that of the conventional single-glass module. 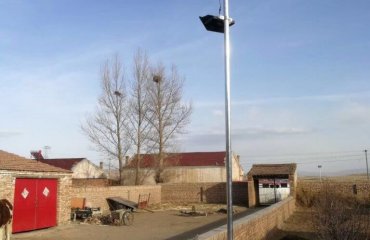 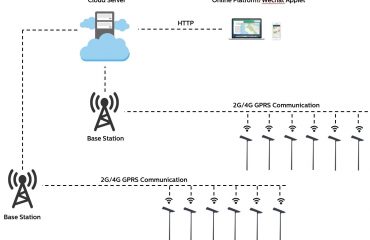 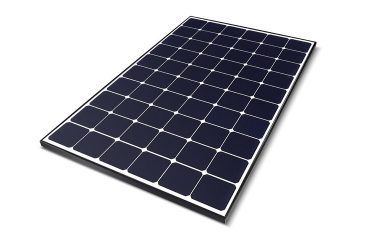 Everything You Need to Know About Solar LED Flood Lights